One of the questions that we often ask ourselves is whether carriers of CPE (and other MDR-GNR) can de-isolated. Most of the guidelines are pretty non-committal on this point due to lack of evidence. Some new guidelines from ESCMID-EUCIC address this issue head on. But, unfortunately, the answer is that de-isolation of CPE carriers, particularly over the course of a single hospitalisation, isn’t going to work because there’s no effective decolonisation method.

END_OF_DOCUMENT_TOKEN_TO_BE_REPLACED

There have been a few important updates on the prevention and control of MDR-GNR from ECCMID, here in Madrid. I thought I’d share a couple of key reflections.

END_OF_DOCUMENT_TOKEN_TO_BE_REPLACED

The Journal of Hospital Infection have published a welcome special issue on multidrug-resistant Gram-negative bacteria. The collection includes some updates on epidemiology, staff carriage (again!), clinical microbiology, and patient perspectives on CPE, and is well worth a read.

END_OF_DOCUMENT_TOKEN_TO_BE_REPLACED 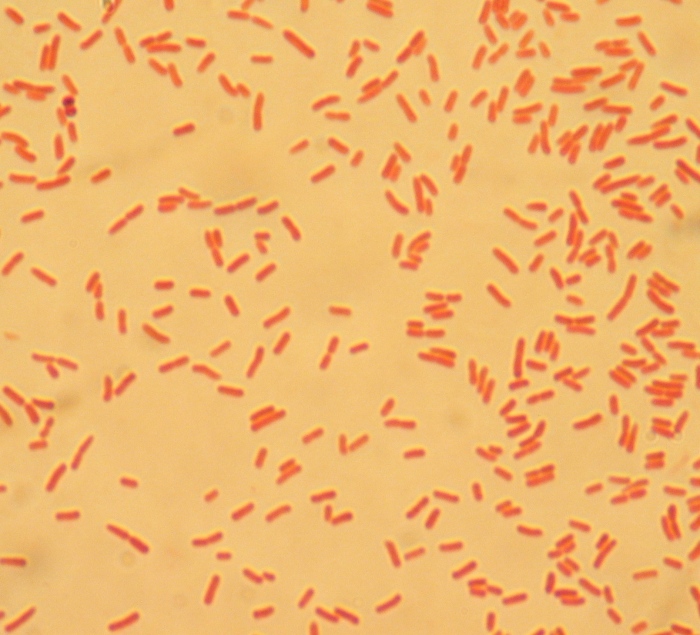 We have precious little data on what works to prevent the transmission of MDR-GNR. An interesting article published recently in CID provides invaluable data that an infection control programme aimed at reducing MRSA (and succeeding) was also effective in reducing GNR BSI!

END_OF_DOCUMENT_TOKEN_TO_BE_REPLACED 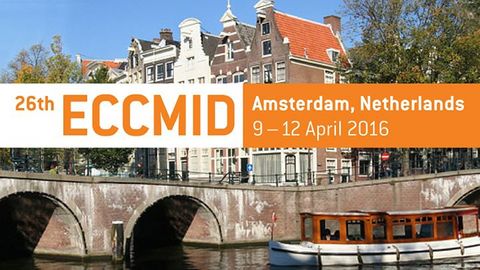 I’ve recently returned from an enjoyable few days in Amsterdam for ECCMID. I’ve not been to a conference of this scale for a few years; there was a lot of good stuff to choose from so I’ve tried to stick to key updates for the purposes of this reflection!

END_OF_DOCUMENT_TOKEN_TO_BE_REPLACED

The EuSCAPE project aimed to improve understanding of the occurrence and spread of CPE. LINK 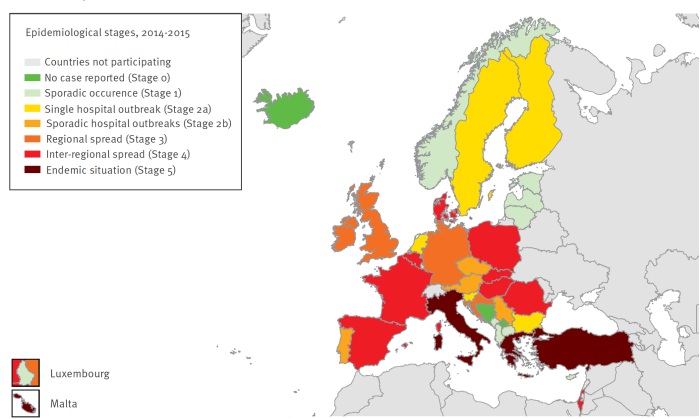 Travel is easy, cheap (well, depending on your desire for luxury) and you get to meet some interesting characters on your way. Unfortunately, as this recent study from France just published in Clinical Infectious Diseases shows, some of the species that you interact with may have escaped your attention (unless you’re carrying agar plates or some fancy molecular kit with you).

The authors studied travellers attending five vaccination clinics in France prior to and post-travel looking for acquisition of MDR Enterobacteriaeceae. Over 50% came home with more than they bargained for, smuggling MDROs into France in their colons.

END_OF_DOCUMENT_TOKEN_TO_BE_REPLACED

The idea of “source control” – using chlorhexidine to reduce the amount of bacteria on a patient’s skin – makes a lot of sense. There’s mounting evidence that chlorhexidine daily bathing works for Gram-positive pathogens, especially in the ICU.1 For example, one of the first thorough studies of chlorhexidine gluconate (CHG) daily bathing showed that the amount of VRE on the skin, in the environment and transmitted to others were all reduced by implementing CHG daily bathing.2 A number of more recent high-quality studies have provided evidence that CHG daily bathing in the ICU setting helps to prevent the transmission of Gram-positive bacteria (see Table below – although note that studies have not been universally positive for CHG).

Table: Studies evaluating the impact of chlorhexidine daily bathing (with or without other interventions) including data on Gram-negative bacteria.

The question of whether CHG is effective for the prevention and control of Gram-negative bacteria is rather more complicated. The main issue is that Gram-negative bacteria are less susceptible to CHG than Gram-positive bacteria.17 In theory, this shouldn’t be a problem because the amount of CHG applied to skin (10,000 mg/L) is much higher than the minimum inhibitory concentration (MIC) of most Gram-negative bacteria.17 However, it’s worth noting that the concentration of CHG measured on the skin of patients being treated with CHG in one study was considerably lower than the amount applied (15-312 mg/L before the daily bath and 78-1250 mg/L after the daily bath).18 Nonetheless, in this same study, CHG was found to be effective in reducing the skin burden of CRE on patients in a long-term acute care hospital (see Figure, below).18 So, should CHG bathing be applied to combat MDR-GNR? 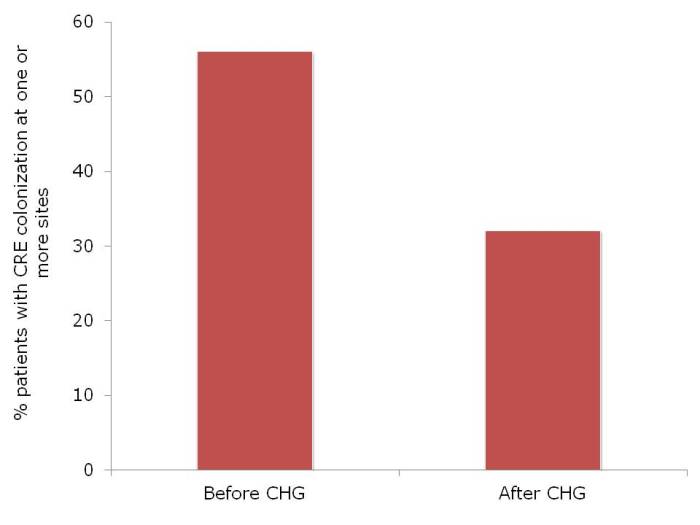 A number of studies have implemented CHG as part of a bundle of interventions to control various MDR-GNR. For example, a team from Thailand found that an intervention aimed at improving environmental hygiene combined with CHG brought an outbreak of A. baumannii under control.8 The National Institute of Health Clinical Center19 has included CHG bathing as a component of a successful CRE control bundle, and the same goes for long-term acute care hospitals.6,11 Meanwhile, a Dutch study found that implementing CHG bathing combined with improving hand hygiene failed to reduce the acquisition rate of ESBL Enterobacteriaceae.4 A Mexican study implemented CHG bathing combined with improved hand hygiene and reported a significant reduction in VAP due to A. baumannii.7 However, in all of these studies, it is not possible to tell whether it was the CHG or another element of the bundle that made the difference (or not, in the case of the Dutch study).

So, does CHG bathing work for Gram-negative bacteria? Based on current data, we simply don’t know.

Another month, another Journal Roundup (free and open acces in Journal of Hospital Infection). This month, Ebola tops the bill as the outbreak continues unabated, it seems inevitable that repatriations of healthcare workers from West Africa will continue and increase. The big journals discuss the appropriate level of PPE, and how to test experimental medicines, amongst other things.

A number of useful environmental science updates feature in the Roundup. For example, an age-old question is whether contaminated hands or surfaces contribute most to transmission. A modeling study found that improvements in hand hygiene compliance are about twice as effective in preventing the transmission of multidrug-resistant organisms compared with improvements in environmental hygiene. So hands are more important right? Well, as the single most important intervention to prevent transmission, then yes.

Several studies on the theme of multidrug resistant Gram-negative rods (MDR-GNR) serve mainly to highlight the limitations in the evidence base for establishing what works to prevent MDR-GNR. One of the major problems here is that ‘MDR-GNR’ is a heterogeneous group comprised of several species and resistance mechanisms, not to mention strain variation. The prevention and control prospects for MDR-GNR are different to pathogens like MRSA, VRE and C. difficile. You need to cover all bases – and there are more bases to cover!

The Reviews and Guidelines section includes a thoughtful piece considering the “hygiene hypothesis” vs. the idea of “biome depletion”, the inadequate level of funding in HCAI research, infection control practice in the ER, the cost of CDI, prospects of phage therapy and interrupting regulatory RNA function.

And finally, a UK study finds pretty high levels of ATP on the beverage trolley. So time to ban the beverage trolley as an infection control risk (along with flowers, pets and child visitors)? Not yet – it’s not that surprising to find ATP (which may originate from food, not microbes) on a beverage trolley. That said, if they’d found a lot of MRSA or, worse, CRE then I’d think twice about a cuppa! 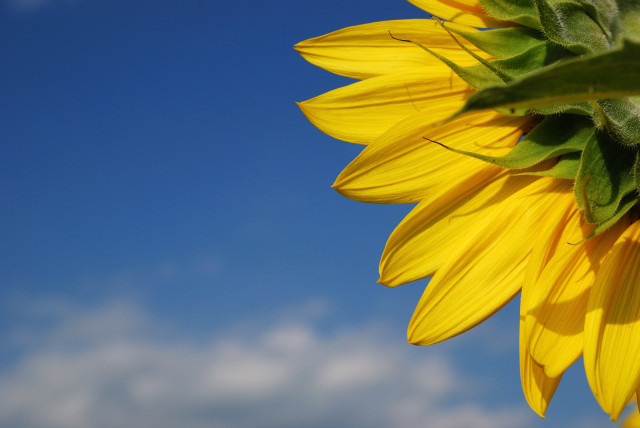 It’s been another busy quarter on the blog, with some updates from ECCMID and APIC, the inaugural ‘Journal Roundup’ plus a few key studies.

Please keep your responses coming – and let me know if you’d like to contribute a guest blog!