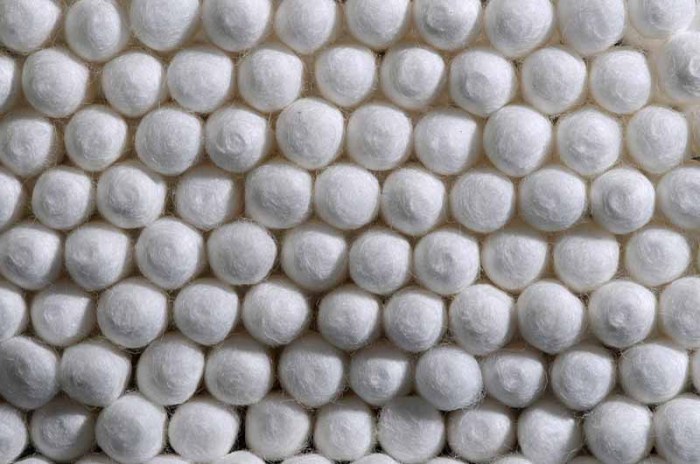 A seminal study recently published in the New England Journal of Medicine evaluated the impact of universal decolonization vs. targeted screening and / or decolonization to prevent ICU infection. The study has the potential to fundamentally change practice in ICUs around the world. However, I have two major problems with the study, namely mupirocin and chlorhexidine.

Study design and results. The authors describe their design as a ‘pragmatic’ randomized controlled trial, which should serve as a model for other studies. There were several variables that the authors could not change, for example, the fact that some US states mandate universal screening whereas others do not. They were able to cleverly incorporate this into their stratified randomization process so that the integrity of the study was not compromised.

The study was large, with 74,256 patients admitted to 74 ICUs in 43 hospitals randomized to the following groups during the intervention phase:

Major problems: My major issue with the study is the universal (aka indiscriminate) use of mupirocin and, to a lesser extent, chlorhexidine. MRSA are able to acquire low-level resistance to mupirocin through mutations in ileS or high-level resistance through the acquisition of mupA. I can’t help thinking that the authors underestimate the risk of driving mupirocin resistance with their comment in the discussion: ‘Mupirocin resistance has been reported in some studies of MRSA decolonization, but not all such studies.’  It is frankly naive to think that universal use of mupirocin for each ICU admission will not result in the widespread development of mupriocin resistance. Thus, the comment in the accompanying editorial urging caution in implementing the universal use of mupirocin is warranted.

The situation is not as clear-cut with chlorhexidine. Clinically significant reduced susceptibility to chlorhexidine in S. aureus has been hard to define for a number of reasons:

Notwithstanding these limitations, it is clear that the implementation of chlorhexidine based decolonization drives an increase in the carriage of genes associated with reduced susceptibility to chlorhexidine, and this may be clinically relevant based on studies from London and Geneva. For example, a recent article from my research lab in London found that the implementation of universal chlorhexidine-based decolonization was associated with the selection of qacA linked with a higher chlorhexidine MIC in one dominant endemic MRSA clone (CC22), but not another (CC30). The slower reduction in the CC22 MRSA bloodstream infection rate suggests that carriage of qacA confers a selective advantage.

Other limitations: It’s always easy to snipe at a high-profile study, but there do seem to be some important limitations. First, nasal screens alone were performed in patients admitted to Groups 1 and 2. The sensitivity of nasal screens alone can be as low as 50%, so the inclusion of other screening sites are preferable to improve sensitivity. The implications of missing many carriers on admission in Groups 1 and 2 are obvious.

Third, while randomization is the “gold standard” in terms of study design, by chance, three of four hospitals that performed bone marrow and solid organ transplantation ended up in Group 3, which skewed this population somewhat. The study was large enough to “smooth out” this skew, but small studies that attempt randomization should take note. In a recent study with Johns Hopkins, we only had 6 units to play with so decided not to randomize but instead roughly “matched” the units in the two arms, which may be a better approach in smaller studies.

Fourth, it does not seem that any attempt was made to ensure that patients in Groups 1 and 2 were bathed daily. While bathing with chlorhexidine impregnated cloths has been shown to be superior to bathing with soap and water, it is not possible to determine whether daily bathing or chlorhexidine were most important.

Finally, compliance will never be 100%. Only 81% of patients in Group 3 actually received chlorhexidine and 86% received mupriocin, and only approximately 90% of patients in Group 2 that were due decolonization received chlorhexidine and mupriocin. However, the authors did achieve a very high compliance (in the high 90s) with admission screening in Groups 1 and 2.

Summary: The authors should be complimented for performing such a detailed and useful study. Unfortunately, the protocol was not configured to assess the relative contribution of mupirocin and chlorhexidine to the reductions in infection. Given the likely emergence of mupirocin resistance, future studies should drop the universal use of mupirocin all together and see how far universal chlorhexidine alone can go; recent data suggest it will go a long way. Indeed, the UK has managed to make a dramatic, national reduction in the rate of MRSA bloodstream infection without implementing universal mupirocin.

I have grave concerns about the universal use of mupirocin for all ICU admissions and, perish the thought, for all hospital admissions. To decide on implementing universal mupriocin use with a plan to keep an eye on resistance rates seems remiss (to put it politely) since the likelihood of widespread resistance is so high. I am less concerned about the universal use of chlorhexidine, although reduced susceptibility needs to be monitored carefully.

The accompanying editorial was entitled ‘Screening inpatients for MRSA – the case is closed’. For me, the only closed case emerging from this study is that universal, indiscriminate use of mupriocin is a bad idea. Antibiotics have caused the problem; they are not the solution.

6 thoughts on “Universal MRSA decolonization will tend towards universal resistance”