It is a truth universally acknowledged, that acquiring most mechanisms of drug resistance incurs a fitness cost to the host bacterium. Determining the size of this cost and the impact that this cost will have on the spread of drug resistance is difficult. Is a 10% reduction in growth rate in the laboratory enough to stop resistance spreading in a hospital?

END_OF_DOCUMENT_TOKEN_TO_BE_REPLACED 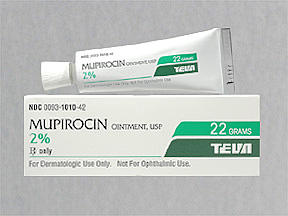 The study is part of an ambitious project to sequence the genome of around 1000 MRSA isolates from across Central and South-East London (Guy’s and St. Thomas’, King’s, and Lewisham). Each isolate was then tested for phenotypic high (HMR) and low (LMR) mupirocin resistance, the genome was scoured for the genetic determinants known to be associated with mupirocin resistance, and clone was derived from the genome sequence. Risk factors for both HMR and LMR were then explored.

END_OF_DOCUMENT_TOKEN_TO_BE_REPLACED

I enjoyed this year’s ECCMID in Barcelona very much, and came away feeling scientifically, culturally and culinarily enriched! Many thanks to the organizers for such a broad and interesting programme. One of the most interesting sessions was the very final session, on controlling MDROs in the ICU. The session boiled down to the pros and cons of three approaches to decolonization: selective digestive decontamination (SDD), mupirocin for MRSA nasal decolonization, and chlorhexidine gluconate (CHG) bathing. The faculty of Dr Brun-Buisson, Dr Harbarth, Dr Bonten and Dr Huang made it an engaging session.

Selective oral decontamination (SOD) or selective digestive decontamination (SDD) is not a new concept, and has been around for some 45 years. Only recently have impressive studies emerged demonstrating that SDD and, to a lesser extent, SOD suppress the load of antibiotic resistant bacteria in the gut, reduce mortality and reduce transmission (de Jonge, de Smet and Daneman). But it’s not without collatoral:

I appreciate that I’m presenting a polarized and rather one-side case against SDD here. But for me, whether SDD works is the wrong question: is it the right thing to do? If (perish the thought) I’m a patient in the ICU, then SDD works for me. However, if I’m working on an ICU in 2024 wondering what to do with a pan-drug resistant Gram-negative bacterium, SDD (in 2014) doesn’t work for me.

Dr Huang presented the key findings from her impressive study of universal CHG combined with MUP. Mupirocin resistance in S. aureus can be low-level mutational) or high-level (acquisition of the Mup resistance genes). The use of MUP has been associated with the development of both high- and low- level resistance. Indeed, several updates from ECCMID show this. For example, Dr Sarah Deeny’s poster showed that low-level resistance appeared to develop during hospitalization. Plus, a study from our group showing that detection of phenotypic high- or low-level mupirocin resistance only represents three quarters of the picture, since carriage of mupirocin resistance determinants remains “silent” 25% of the time.

So, the key question hanging over Dr Huang’s study is the value of universal MUP over and above universal use of CHG. Dr Huang presented an excellent analysis table on this point, which I’ve reproduced below:

Table: Weighing the pros and cons of universal mupirocin use (reproduced with permission from Dr Huang).

One of Dr Huang’s most powerful arguments was that the burden of mupirocin use is in decolonizing a large number of patients prior to elective surgery. Ergo, if you’re going to save MUP, then save it for the highest risk patients (e.g. ICU patients). However, the counter here is that local use of MUP is likely to drive local MUP resistance on the ICU. So, I still feel that we should not recommend the universal use of MUP.

Dr Bonden, Dr Huang and Dr Harbarth reviewed the impressive studies that CHG bathing provides strong protective effects against a range of MDROs (for example Climo, Milstone and Vernon studies). These studies are not without their critics – some say that the effect on reducing relatively benign coagulase-negative staphylococci BSI amplifies the overall effect. However, both the data and rationale are stong: if you reduce the amount of MDRO on the patients’ skin (‘source control’), you reduce the chances of endogeneous infection, and transmission to others. Unlike antibiotics, CHG is a biocide with a less specific molecular target, which makes resistance more challenging from a bacterial viewpoint. However, reduced susceptibility to chlorhexidine must be monitored carefully. A number of studies have hinted that reduced susceptibility to chlorhexide may be an emerging problem, (for example Batra, Otter and Lee.) But increases in bacterial MICs (for Gram-positive bacteria at least) appear to be a long way below the applied concentration. However, it’s worth noting that the measured CHG skin concentration in one study (15-312 mg/L before the daily bath and 78-1250 mg/L after the daily bath) was much lower than the applied CHG concentration (10,000 mg/L). This is around the CHG MIC for some Gram-negatives and potentially brings the subtly reduced susceptibility to CHG reported in MRSA into play. On balance though, the rationale and data on reduced susceptibility are cautionary but not enough to recommend against universal use in the ICU given the clinical upside.

What shoud be the standard of care for ICU patients? My current view is: universal CHG, targeted mupirocin for MRSA decolonization and absolutely no SDD!

I’ll be posting some blogs on some of these topics over the coming days. You can view some other ‘Perspectives from ECCMID’ here.

A seminal study recently published in the New England Journal of Medicine evaluated the impact of universal decolonization vs. targeted screening and / or decolonization to prevent ICU infection. The study has the potential to fundamentally change practice in ICUs around the world. However, I have two major problems with the study, namely mupirocin and chlorhexidine.

Study design and results. The authors describe their design as a ‘pragmatic’ randomized controlled trial, which should serve as a model for other studies. There were several variables that the authors could not change, for example, the fact that some US states mandate universal screening whereas others do not. They were able to cleverly incorporate this into their stratified randomization process so that the integrity of the study was not compromised.

The study was large, with 74,256 patients admitted to 74 ICUs in 43 hospitals randomized to the following groups during the intervention phase:

Major problems: My major issue with the study is the universal (aka indiscriminate) use of mupirocin and, to a lesser extent, chlorhexidine. MRSA are able to acquire low-level resistance to mupirocin through mutations in ileS or high-level resistance through the acquisition of mupA. I can’t help thinking that the authors underestimate the risk of driving mupirocin resistance with their comment in the discussion: ‘Mupirocin resistance has been reported in some studies of MRSA decolonization, but not all such studies.’  It is frankly naive to think that universal use of mupirocin for each ICU admission will not result in the widespread development of mupriocin resistance. Thus, the comment in the accompanying editorial urging caution in implementing the universal use of mupirocin is warranted.

The situation is not as clear-cut with chlorhexidine. Clinically significant reduced susceptibility to chlorhexidine in S. aureus has been hard to define for a number of reasons:

Notwithstanding these limitations, it is clear that the implementation of chlorhexidine based decolonization drives an increase in the carriage of genes associated with reduced susceptibility to chlorhexidine, and this may be clinically relevant based on studies from London and Geneva. For example, a recent article from my research lab in London found that the implementation of universal chlorhexidine-based decolonization was associated with the selection of qacA linked with a higher chlorhexidine MIC in one dominant endemic MRSA clone (CC22), but not another (CC30). The slower reduction in the CC22 MRSA bloodstream infection rate suggests that carriage of qacA confers a selective advantage.

Other limitations: It’s always easy to snipe at a high-profile study, but there do seem to be some important limitations. First, nasal screens alone were performed in patients admitted to Groups 1 and 2. The sensitivity of nasal screens alone can be as low as 50%, so the inclusion of other screening sites are preferable to improve sensitivity. The implications of missing many carriers on admission in Groups 1 and 2 are obvious.

Third, while randomization is the “gold standard” in terms of study design, by chance, three of four hospitals that performed bone marrow and solid organ transplantation ended up in Group 3, which skewed this population somewhat. The study was large enough to “smooth out” this skew, but small studies that attempt randomization should take note. In a recent study with Johns Hopkins, we only had 6 units to play with so decided not to randomize but instead roughly “matched” the units in the two arms, which may be a better approach in smaller studies.

Fourth, it does not seem that any attempt was made to ensure that patients in Groups 1 and 2 were bathed daily. While bathing with chlorhexidine impregnated cloths has been shown to be superior to bathing with soap and water, it is not possible to determine whether daily bathing or chlorhexidine were most important.

Finally, compliance will never be 100%. Only 81% of patients in Group 3 actually received chlorhexidine and 86% received mupriocin, and only approximately 90% of patients in Group 2 that were due decolonization received chlorhexidine and mupriocin. However, the authors did achieve a very high compliance (in the high 90s) with admission screening in Groups 1 and 2.

Summary: The authors should be complimented for performing such a detailed and useful study. Unfortunately, the protocol was not configured to assess the relative contribution of mupirocin and chlorhexidine to the reductions in infection. Given the likely emergence of mupirocin resistance, future studies should drop the universal use of mupirocin all together and see how far universal chlorhexidine alone can go; recent data suggest it will go a long way. Indeed, the UK has managed to make a dramatic, national reduction in the rate of MRSA bloodstream infection without implementing universal mupirocin.

I have grave concerns about the universal use of mupirocin for all ICU admissions and, perish the thought, for all hospital admissions. To decide on implementing universal mupriocin use with a plan to keep an eye on resistance rates seems remiss (to put it politely) since the likelihood of widespread resistance is so high. I am less concerned about the universal use of chlorhexidine, although reduced susceptibility needs to be monitored carefully.

The accompanying editorial was entitled ‘Screening inpatients for MRSA – the case is closed’. For me, the only closed case emerging from this study is that universal, indiscriminate use of mupriocin is a bad idea. Antibiotics have caused the problem; they are not the solution.