This visual abstract has appeared to summarise the findings of our article about tweeting and infection-related conferences (previous post about the article here): 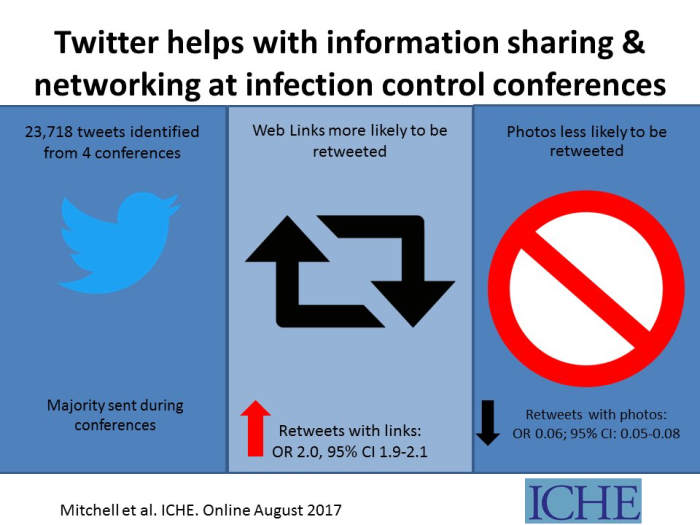 END_OF_DOCUMENT_TOKEN_TO_BE_REPLACED

Infection Control and Hospital Epidemiology have dedicated their May issue to articles investigating the role of contaminated surfaces in the transmission of pathogens. There’s an awful lot of good stuff here, but this is my take on the key findings of the studies:

The quality and importance of the research in this article has impressed me. However, the fact is that some of the basic questions about the role of the environment in transmission and the most cost effective interventions are yet to be answered. But we’re moving in the right direction.