Rossana Rosa (bio below) writes a guest post, reflecting on this recent review and meta-analysis on the effectiveness of antimicrobial stewardship (AMS) programmes…

The first reports on the effects of Antimicrobial Stewardship Programmess date back to the mid-90s, and the interest in them has taken off in the past decade.

END_OF_DOCUMENT_TOKEN_TO_BE_REPLACED

Always great to see infection-related data in the top medical journals, like the recent overview of antibiotic use in the US published recently in JAMA Internal Medicine. There’s good news and bad news in the article: overall use of antibiotics in data from 300 US hospitals did not increase between 2006 and 2012. However, the use of key broad spectrum agents did increase significantly, including the carbapenems. I am sure that many of these uses of ‘top shelf’ agents is indicated by the resistance patterns of the organisms being treated, but the net effect is perpetuating the antibiotic-resistant monster! END_OF_DOCUMENT_TOKEN_TO_BE_REPLACED 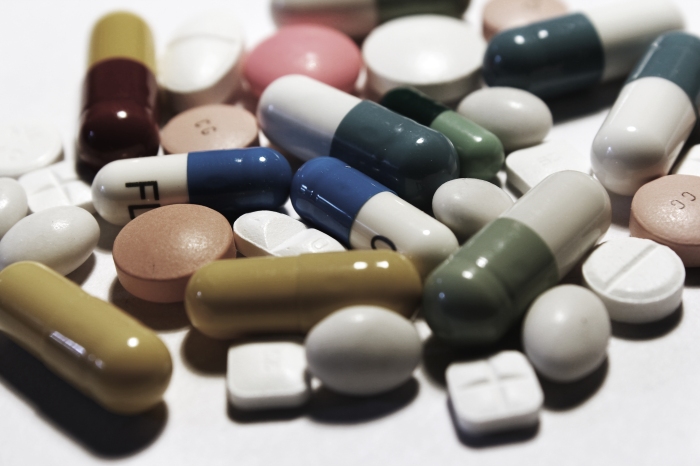 Antimicrobial resistance is a worldwide problem and the emergence of multi-drug resistant (MDR) bacteria and the lack of therapeutic options have led to the revival of old antibiotics such as colistin.1 This antibiotic is now considered as a “last line” antibiotic used to treat infection with MDR strains especially those cause by Gram-negative pathogens.2 Unfortunately, resistance to colistin has already been documented among a number of problematic pathogens such as Pseudomonas aeruginosa, Acinetobacter baumannii and Klebsiella pneumoniae, although the exact mechanism of resistance is not yet well defined.3

Within this context, I was surprised to come across a study4 presented at the 23nd European Congress of Clinical Microbiology and Infectious Diseases (ECCMID) conference held in Berlin in April 2013, by a Portuguese group aimed at covalently immobilizing colistin on biomaterials to prevent biomaterial-associated infection.

The use of antimicrobial materials and materials coated or impregnated with antimicrobial agents in healthcare settings is a flourishing field of research. This is driven by an increased recognition of the role of environmental surfaces in the transmission of nosocomial pathogens5 as well as the age old problem of bacterial colonisation of indwelling medical devices.6  With few exceptions, such materials have yet to be proven effective in reducing infection in practice. In addition, the possibility of the development of resistance to the active agents within these materials and surfaces has not yet been well investigated.

The Portuguese study,4 successfully covalently immobilized colistin onto a polycarbonate surface using a polydopamine dip-coating methodology. They used two strains of P. aeruginosa to test for the ability of the bacteria to attach to these colistin coated surfaces and the antimicrobial activity of these surfaces. The results showed that colistin coated surfaces had no effect on bacterial attachment and that the majority (but not all) of the bacterial cells were killed. So, some cells were still viable after 24 hr incubation on the colistin coated surfaces. The concentration of colistin used was not reported, but it is clearly not sufficient to inactivate all the cells on the surfaces which can potentially lead to the development of resistance to the drug, especially in a versatile organism such as P. aeruginosa.

I believe that in an era of MDR and pan-resistant strains and virtually untreatable bacterial infections, the idea of using one of our last line antibiotics to coat biomedical surfaces potentially breading colistin and other antimicrobial resistant strains is the last thing the healthcare community needs.