I am heading home from an outstanding Infection Prevention 2017. There was a fair bit of discussion about hospital-associated pneumonia (HAP). HAP does not get the attention it deserves and there is more that we can and should be doing to prevent it. Although, we need to keep an eye out for unintended consequences in tackling HAP.

An excellent paper published in PLOS Medicine at the back-end of 2016 estimated the burden of six HCAI on European population health using disability-adjusted life-year (DALY) incidence modelling. The DALY is a composite health measure estimating years lived with disabilities (YLDs) following the onset of a disease and of life years lost due to premature mortality (YLLs) compared with standardized life expectancy. The aim of the study was to produce an adjusted HCAI prevention priority list. The study used data from the 2011-12 ECDC PPS, finding that the ranking of the six HCAIs varied considerably when ranked by number of cases vs. DALY adjusted burden (Figure 1 and 2).

Figure 1: HCAIs according to their number of cases per year (x-axis), number of deaths per year (y-axis), and DALYs per year (width of bubble). 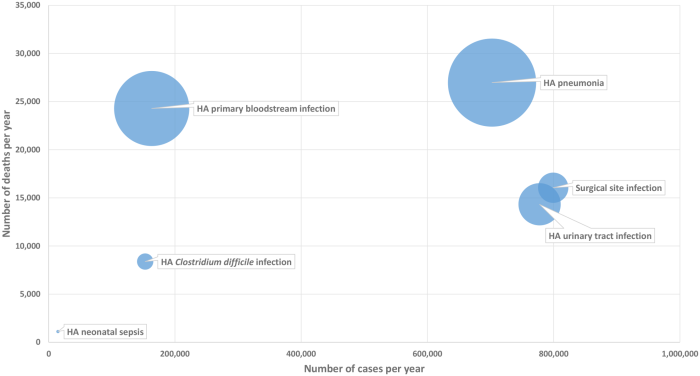 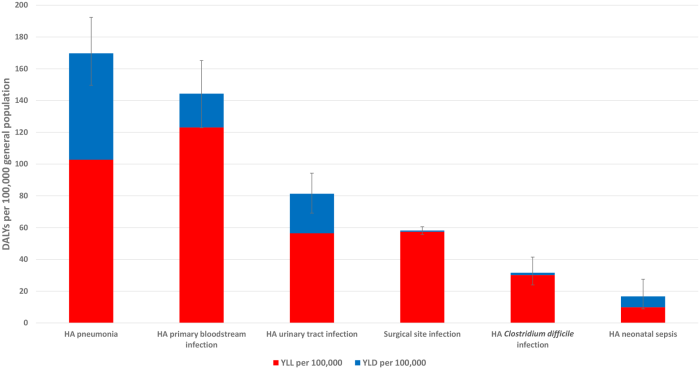 Figure 3: Ranking of HCAI. Top row = by number of cases. Middle row = by DALY-adusted burden. Bottom row = a ‘real world’ ranking based on prioritisation by IPC programmes. I should add, in stark contrast to the careful and scientific QALY-adjusted burden ranked list of HCAIs, my ‘real world’ ranking has come purely from my own head, based on my perception of focus and resource allocation. 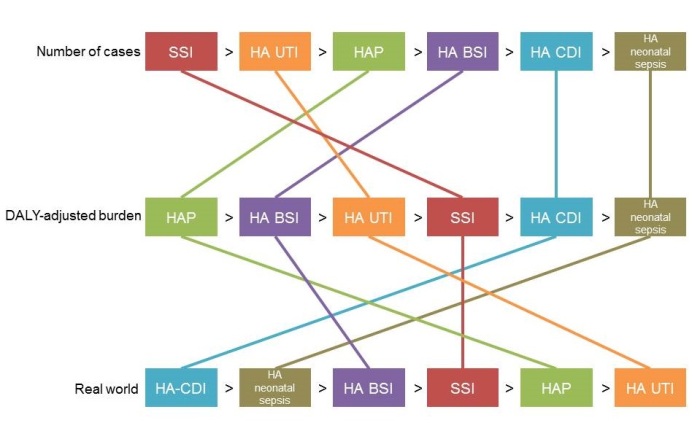 The clear message from this study is that we would make most impact on the burden of HCAI if HAP was our number one priority, which it currently most certainly is not. A HAP prevention bundle (including a focus on oral care and mobility) would not be complex to put together or implement (in theory) but, according to a recent review, none exist!

And finally to a slightly controversial idea raised by fellow-blogger Martin Kiernan at IPS. Pneumonia is ‘affectionately’ known as “The old man’s friend”, because it is commonly the terminal event in older people. If we do effectively prevent HAP in this group, then it is highly likely that another common cause will emerge as the terminal event in this group. So, perhaps quality-adjusted life years (QALYs) need to feature in this discussion?

I would be interested in any feedback on my ranking of HCAIs, and some intel on any HAP prevention bundles that are currently available.

3 thoughts on “A rapid reflection from Infection Prevention 2017: HCAI ranking according to DALY”