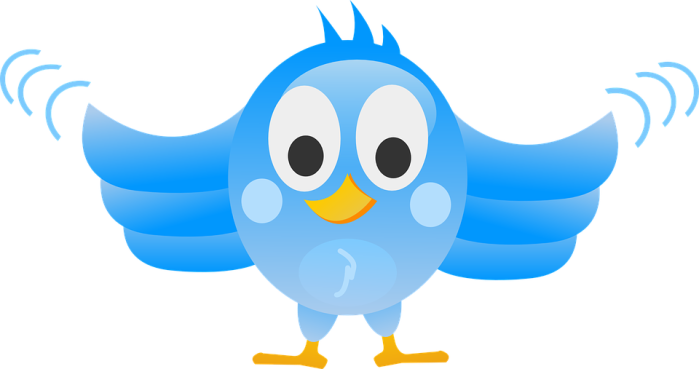 A study just published in ICHE investigates tweeting activity at several IPC / ID / AMR conferences (the 2016 editions of IPS, ID Week, FIS/HIS, and ACIPC). Perhaps the most interesting finding is that including a weblink or tweeting on certain topics (including C. difficile and the media) increase the chances of a tweet being retweeted, whereas, surprisingly, including a picture reduces the changes of a tweet being retweeted.

The study was led by Brett Mitchell in Australia. When Brett first asked me to be involved, my initial reaction was that the study would be rather descriptive and not analytical enough to score in a decent journal. But I was wrong! It was a fascinating study to be a part of, and I’m delighted that ICHE decided to publish it.

The study design was fairly simple: an automated bit of software pulled together all tweets from the four conferences using the various hashtags (hashtag = a label used to link a tweet to a certain thread, e.g. #IP2016 for all tweets related to the 2016 IPS conference). The IPS conference had the highest volume of tweets, accounting for almost half of the tweets overall (Figure 1). IPS also exhibited the most sustained tweeting, with almost 10% of tweets after conference (compared with 5% for ID Week). These raw numbers are not adjusted for the number of participants either; there’s a lot more delegates at ID Week than at IPS, so the relative difference is even greater (Figure 1). So what: folks at IPS tweet a lot more than at ID Week. What does this mean? Is it valuable? Well, I think there’s some benefits here. Firstly, tweeting at conferences enhances individual conference experience (in my view). Secondly, it allows those who are unable to attend to participate (to a degree). And thirdly, it reaches out to a new, less expert audience. 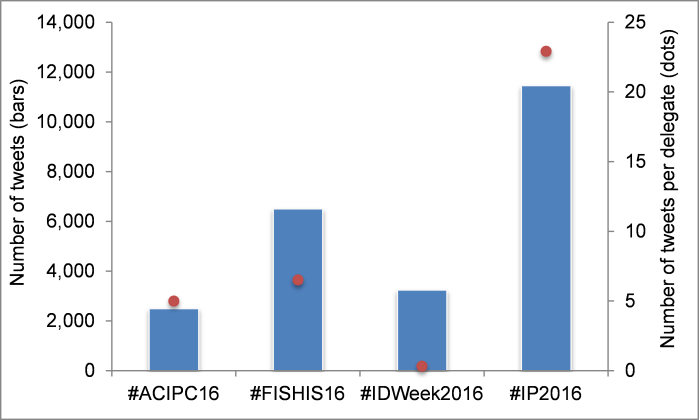 The most analytical part of the study (and therefore my favourite part, being the data nerd that I am) was to analyse whether there were any significant associations with having a tweet retweeted (and who doesn’t want to have their tweets retweeted??). In a multivariable analysis, we were not surprised to see that including a weblink doubled the changes of a tweet being retweeted (OR 2.0), as did tweeting on hot-button issues (like C. difficile, OR 2.0, and antiseptic, OR 1.75) (Figure 2). However, we were surprised to see that including a picture in your tweet was a strong predictor of not having your tweet retweeted (OR 0.1), along with tweeting on endoscopes (OR 0.4). So, perhaps time to stop tweeting those grainy distorted pics of slides?

Figure 2: Negative and positive predictors of a tweet being retweeted from a multivariable regression model. Error bars represent 95% confidence intervals around the odds ratio. 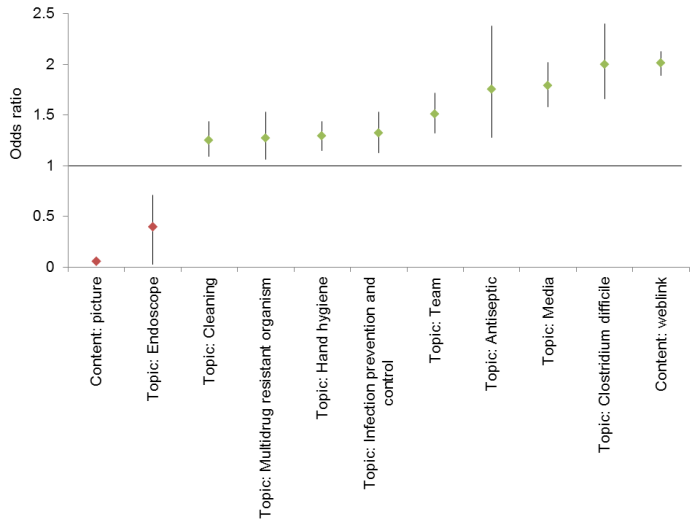 It would have been good to get more Twitter user demographics (like gender and number of followers) to include in the analysis, but we did not have that information available to us. Also, we only used retweeting as a dependent variable – we could have used other measures of Twitter ‘success’ (e.g. number of favourites – probably more common than retweets for wit, or impressions).

One thought on “What makes a tweet fly at conferences?”