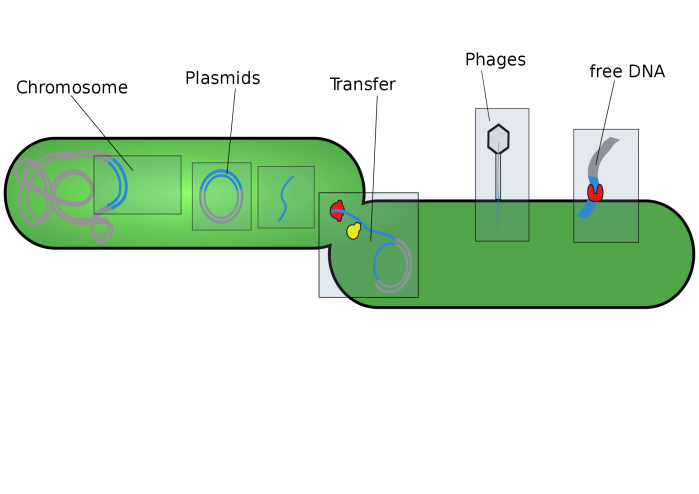 A NEJM study reports a case of a man with multiple hospital exposures (and I mean multiple – 21 admissions over 5 years!), and exposure to pretty much all key classes of antibiotics. 14 KPC-producing CPE were identified over this period, in three separate species. 9 of the 14 KPC-producing CPE were sequenced, yielding strong evidence of intra- and inter-species spread of KPC by both transposons and plasmids. However, since the sequence of carbapenemases is extremely well conserved, possible horizontal transmission needs to be inferred by the sequences either side of the carbapenemase. Whilst there is a slim possibility that this could be explained by multiple, independent transmission events, horizontal transmission of KPC seems the most likely explanation.

A few reflections on these findings:

This paper adds weight to the concern that horizontal transmission of carbapenemases is a live risk, but I can’t think of much that we can do about this over and above our usual management of CPE. Answers on a postcard please!