Skip to content
HomeReflections from Infection Prevention 2015 Part III: Thinking outside the box 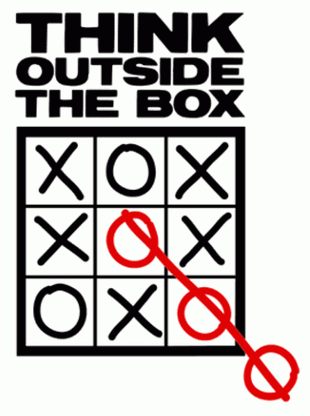 For the third and final installment of my blog-report from Infection Prevention 2015, I thought I’d cover some of the more innovative approaches in and around the IPC sphere:

Part I: Beating the bugs

Part III: Thinking outside the box

I for one am pretty sick of seeing unrealistically high levels of hand hygiene compliance being reported from peer-to-peer manual auditing approaches. One way to get more realistic compliance data is through automated approaches to hand hygiene compliance, reviewed here by Drs Dawson (Warwick) and Mackrill (Imperial College London), who also presented their findings at the conference, and by another group here. Drs Dawson and Mackrill considered issues around product usage, self-reporting, direct observation, perceptions of technology (often viewed, unhelpfully, as a ‘silver bullet’), and staff perceptions of need and benefit. They divided the technology into those that monitored product usage, surveillance systems that monitored individual performance, and systems that monitored both product usage and individual performance. Although automated surveillance systems will always be imperfect and involve a degree of inference, would you rather monitor the 5 moments sporadically / badly or have robust measurements of a smaller number of moments? Automated surveillance methods will not replace manual audits – at least for now – but it’s time to take a long hard look at what is available.

As if to reinforce my new-found enthusiasm for automated monitoring of hand hygiene compliance, Pat Cattini (Royal Marsden) presented work from the Royal Brompton on her experience with an automated hand hygiene monitoring system. The ‘HANDS’ study (Abstract ID:3730) is a randomised evaluation of an RFID-based compliance system, with the feedback modality randomised: a real-time vibration reminder provided the most powerful driver for compliance. Surprisingly, hand hygiene compliance was higher among docs (47%) than nurses (38%) – and this was from a huge sample of >325,000 observations. How long would it take to reach that number of observations with a paper-based audit?! Some fascinating aspects of the study emerged around encouraging staff to embrace the technology as an opportunity for personal performance monitoring and improvement, rather than fearing ‘Big Brother’; sweeties were useful to this end.

One development in the hand hygiene sphere that may not be so useful is the advent of air and jet-air hand dryers. Although these bring reduced running costs and lower environmental impact, there is emerging data that they risk spreading contamination during the hand drying process. For now, the consensus of one group of experts is that they should be avoided in clinical areas. However, important to note that this session was presented by Kimberly Clark, a paper towel manufacturer; I suspect that manufacturers of air hand dryers may take a different view.

Drs Alan Beswick (HSL) and Tim Boswell (Nottingham) presented back-to-back talks on automated room decontamination (ARD) systems. Dr Beswick considered three “classes” of ARD: “fumigants”, “UV”, and “air purification”. There is a lack of universal test methodology for all three of these classes, but safety should be paramount in their application. One clear piece of advice was that fumigants (such as hydrogen peroxide vapour) should be deployed in conjunction with a hand-held device to ensure that the room is safe for room re-entry. Currently, it is not clear how these systems should be validated – and even less clear how they should be regulated. So, for now, it is up to the end users to develop appropriate test methods to ensure that products are fit for purpose. Dr Boswell offered a user perspective, challenging the appropriateness of the highly concentrated challenges used to evaluate ARD systems in some studies, arguing that a lower level of contamination is sufficient and a better model of real hospital surface contamination. Tim went on to review the accumulating evidence that various ARD systems – including those based on hydrogen peroxide and UVC – are associated with reduced transmission of pathogens.

A fascinating and fast moving areas of research is around our evolving understanding of the importance of a happy, healthy gut microbiota in our general state of health (or otherwise). Prof Neil Woodford (PHE) introduced the importance of the gut as a ‘ginormous resistance reservoir’. The gut weighs around 2kg, contains 10x more cells than in our entire body; has a unique composition (like an ever-changing fingerprint); and is fundamental to health. (And if you wish to contribute to research in this area, don’t flush your loo roll – add your movement to the movement!) As we develop our understanding of the gut microbiome, it is becoming increasingly apparent that antibiotics are like ‘A bombs’, which drastically reduce the diversity and alter the composition of our gut, making more susceptible to disease. How many resistance genes are in the gut? Somebody is trying to count: but it’s a bit like counting the stars! Part of the problem is the sexual promiscuity of bacteria – especially the Gram-negatives (to think: bacterial sex in your gut – eew). And it’s not just in your gut – bacteria can “traffick” resistance genes through the hospital environment. One easy way to introduce resistant bacteria into your gut microbiota is to go on holiday abroad. So choose your holiday destination carefully: it will influence which type of antibiotic resistant bacteria you are colonised with when you return! And this study is pure gross genius: analyse sewage from international flights for antibiotic resistant bacteria. Perhaps we are now at the point where ethnicity and holiday destination should be used to guide antibiotic therapy?

Dr Jonathan Sutton (Ysbyty Gwynedd) punned his way through faecal microbiota transplantation: ‘from me…to poo’. It’s difficult to over-emphasise just how spectacularly effective faecal transplantation is for recurrent C. difficile infection (CDI). So much so, that it remains a mystery to me why the very successful early FMT experiments from the 1950s were not followed up. Perhaps a deceptively successful golden half century of antibiotic use is to blame! It’s important to explore patient attitudes to FMT, which is crude in every sense. Patients are generally supportive – although I suspect back-passage delivery is the main problem for most (crapsules could help here)! The safety of FMT doesn’t really come into it with recurrent CDI (it’s a no-brainer), but this issue is more important for less acute conditions (e.g. decolonisation / IBD). We do what we can to assure the safety of the process (careful donor selection, no IBS / IBD, no autoimmune disease, no recent antibiotics). And there is a question mark over weight gain following FMT from obese donors – but much hangs on a single care report currently. Using companies such as ‘OpenBiome’ provides a useful source of reliable material for faecal transplant. But we can never be certain that we aren’t transmitting what we don’t yet know about! Finally, recurrent CDI is only the beginning for microbiome modulation.

The debate this year was between Dr Cliff McDonald (CDC) and Prof Jan Kluytmans (Netherlands) on whether we should be using ‘selective digestive decontamination’ (SDD) of the gut. (SDD = is the prophylactic use of antibiotics to eradicate pathogenic microorganisms from the gastrointestinal tract, in order to reduce the incidence of infections and mortality in critically ill patients.’) The initial vote before the debate identified just 5% of the audience in favour of SDD. Jan presented the case for SDD, reviewing large, randomised study showing that SDD works: it reduces mortality, length of stay, transmission – and is not associated with increased antibiotic resistance. Cliff presented the case against SDD, accepting that SDD works in reducing mortality etc, but that there is evidence that it increases the level of antibiotic resistance, especially in Gram-negative bacteria. Particularly, indiscriminate use of colistin in SDD protocols cannot help with our already crumbling last line of defence against CPE (evidence here, here and here)! Furthermore, antibiotic exposure disrupts our microbiome, which makes us less resistant to colonisation with antibiotic resistant bacteria, and has knock-on effects in other areas of health. Instead of SDD, we should focus on microbiome-sparing therapies. And the result of the debate? A swing towards SDD in the audience, but still an overwhelming majority against SDD! So let’s call it an honourable draw.

I enjoyed Infection Prevention 2015 as much as ever. This report only covers a fraction of the material that was presented. I could only write about the session I attended – and there were a lot of good presentations that I missed. Also, and perhaps most importantly, I have made virtually no reference to the 150 or so high-quality posters and oral presentations that went on during the conference. These as the life-blood of these conferences and I’m delighted to say that the abstracts are published Open Access in the Journal of Infection Prevention. A lot of behind-the-scenes-never-to-see-the-light-of-day work goes into producing this Supplement, from the abstract submitters, through to the team of expert reviewers, and the IPS editorial team. So a huge thanks to all who contributed.

See you at Infection Prevention 2016.