A few weeks ago, Jon Otter blogged about a novel risk factor for ESBL Enterobacterales (ESBL-E) carriage, a “crowded house”, based on his work recently published in CMI: among 1,633 subjects in the catchment area of South-East London a crowded house, was associated with ESBL-E carriage, with an odds ratio of 1.5 (95% CI 1.1-2.2). Jon hinted towards future community-based interventions to reduce ESBL-E carriage and his blog naturally reached our research meeting.

As a teenager in the early 80s, I never really liked “crowded house” and thinking about crowded houses in London I thought of Coronation Street (but that is in Manchester), the Young Ones and Monthy Python (“every sperm is sacred”). Crowded house according to Jon was a “household with two or fewer rooms less than required above the catchment area median”.

Fortunately, the PhD students were more interested in the Odds Ratio. Tess Verschuuren asked: “Now, if a community-based intervention was available to eliminate ALL ESBL-E carriage that was due to a ‘crowded house’, what would be accomplished?” That figure is called the population attributable fraction (PAF), and can be calculated from the univariate relative risk and the prevalence of the risk factor. 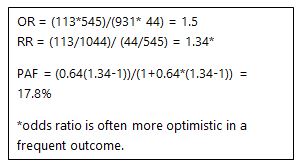 As 64% of participants lived in a ‘crowded house’, the PAF was 17.8%. So preventing all ESBL-E carriage by housing all in large villas would – at most – reduce the overall prevalence from the observed 9.8% to 8.1%, assuming 100% causality. The “crowded house” had the largest PAF of all risk factors (being 3.4% for recent travel to Africa, 8.5% for recent travel to Asia and 14.3% for 2 or more courses of antibiotics in the last 6 months). Note: You cannot sum PAF’s of risk factors! So, forbidding the poor boys and girls living in  too small London houses, to seek relieve by traveling to Asia and prevent them from taking antibiotics does not necessarily decrease the observed ESBL-E prevalence with another 22.8%.

Other interesting findings were that multivariate correction for “crowded house” did not change the point estimate and confidence interval, suggesting absence of any confounding (in the analysis). What would happen with adjustment for socio-economic status, co-morbidities, age? Furthermore, how accurate was the postal code database approach; it looks from Table 3 as if 1,682 subjects were labelled as black or Asian, which exceeds the total population size of 1,663. Lastly, the study-population consists of hospital admissions in a tertiary hospital in a specific urban region of London, where 60% encounters “deprivation in two dimensions (employment, education, health and disability, or housing status) above the catchment area median”. Sounds like a neighborhood where nothing really changed since Margaret Thatcher ruled, in the good-old 1980s.

So, the 36% not living in a crowded house probably lived in “our ESBL-E free house” from Crosby, Stills, Nash and Young.

I’ll light the fire
You put the flowers in the vase that you bought today
Staring at the fire for hours and hours while I listen to you
Play your love songs all night long for me, only for me

Come to me now and rest your head for just five minutes, everything is good
Such a cozy room, the windows are illuminated by the
Sunshine through them, fiery gems for you, only for you

Our ESBL-E free house is a very, very, very fine house with two cats in the yard
Life used to be so hard
Now everything is easy ’cause of you
And our 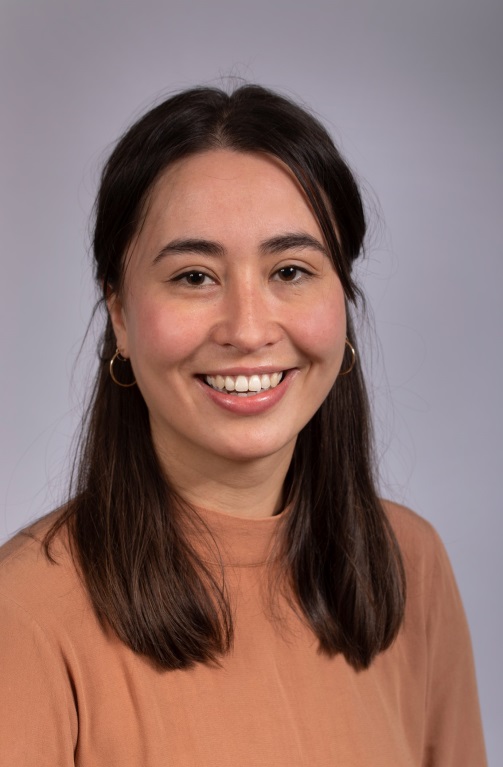 Tess Verschuuren is a PhD candidate in the department of Infectious Diseases Epidemiology, and focusses on the molecular epidemiology of ESBL-E in the community.