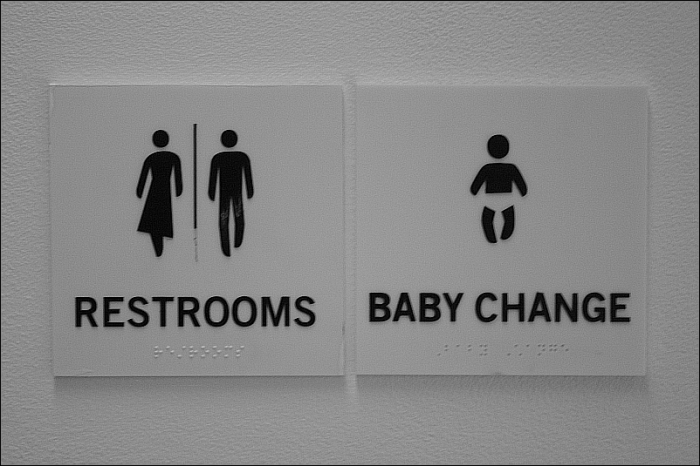 An outbreak report in the Journal of Infectious Diseases tells the fascinating story of a norovirus outbreak in a car (auto*) dealership in Oregon that was initially thought to be foodborne, but was eventually traced to contaminated surfaces on a baby changing table (diaper changing station*) in a public toilet (restroom*). The outbreak had a startlingly high attack rate, affecting 75% of 16 employees who attended a team meeting. A thorough investigation of the restaurant that provided the sandwiches for lunch turned out to be a blind alley following the recollection of a staff member of a toddler with “spraying” diarrhoea using the baby changing table in the public toilet of the dealership. The (generous) mother left the mess for the staff member to clean up, which was accomplished using, wait for it, dry paper towels.

Perhaps the most shocking part of the story is that the image of visible soiling on the baby changing table (after two rounds of cleaning) was consistently viewed on baby changing tables in public toilets. Or perhaps it’s even more shocking that only 3 of the 12 affected individuals actually took time off work. As a “survivor” of a norovirus outbreak that swept through the Otter household in 2012, I can vouch for the fact that a) you need to take time off work and b) you ought to take time off work!

One important discussion point was the finding of Dr Carling’s group that baby changing tables were least likely to be cleaned on cruise ships, a setting in which persistent norovirus outbreaks are common. This outbreak report and Dr Carling’s earlier work highlight an important deficiency in how to clean and disinfect baby changing tables in public toilets. As a frequent user over the past 14 months, I can vouch for the fact that, much like a hospital bed, turnover is high which pressurizes effective terminal disinfection! I agree with the authors that disinfection with a chlorine-containing disinfectant would be ideal, but question whether this is feasible in practice.

There’s surprisingly little data supporting the role of environmental contamination in the transmission of norovirus. I’m persuaded by the various outbreaks affecting separate cohorts of patients / staff on cruise ships or aeroplanes, but this outbreak is even more compelling due to the environmental findings. Quantifying the role of the environment in the transmission of norovirus is difficult to study because it always occurs in outbreaks (hence difficult to perform a controlled study). But I’d be interested to see whether the “prior room occupancy” concept that has been established for other environmentally-associated pathogens holds true for norovirus.

* = for my American readers! Current data indicates that around 40% of the readers of this blog are US based, 40% are UK based and 20% are rest of world!