Skip to content
HomeSpread the word, not the MDROs!

This month, while randomly searching Pubmed with the subject MDRO (I know, a rather bizarre hobby), I came across a French study on MDRO information in patient transfer letters. In this paper, which was published in the French journal “Médecine et maladies infectieuses” Lefebvre et al (of the Infection Control Unit of the Dijon University Hospital, Dijon, France) investigated the proportion of transfer letters that contained information of infection or colonization with MDR bacteria.

They looked at transfer letters of patients who tested positive for MRSA, ESBL-producing Enterobacteriaceae and MDR Pseudomonas aeruginosa during their stay and who were transferred to another health care facility between 2009 and 2012. Transfer to nursing homes was not included since this was considered as home-stay.

288 MDR-positive patients were transferred to another health facility and in 57 % (95%CI 52-65) information regarding MDRO carriage or isolation precautions was present. However, the total package of information (genus and species, concept of MDR bacteria and isolation precautions taken) was present in only 20 % of the transfer letters.  So there is room for improvement, especially when considering that transfer letters to nursing homes were not taken into account.

Another recent solution to prevent MDR spread in hospitals is the Illinois Extensively Drug-Resistant Organism (XDRO) Registry for improved inter-facility communication and surveillance of carbapenem-resistant Enterobacteriaceae.

As of November 1st, 2013 the first CRE positive culture per patient stay must be reported to the XDRO database. When a patient is admitted, infection control staff can then inquire (personally or automatically by sending admission lists) if their patient is a known CRE carrier and take adequate precautions. Although in an early stage of implementation with some issues on testing, reporting and automatic return of CRE information, it holds promise for the future. Similar initiatives are not yet operational in our part of the world.

But maybe we should start with the relatively easy stuff and take a look at transfer and discharge letters in our own facilities, to see how we are doing! 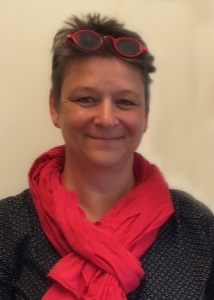