Skip to content
HomeWhich transmission route is most important for influenza? 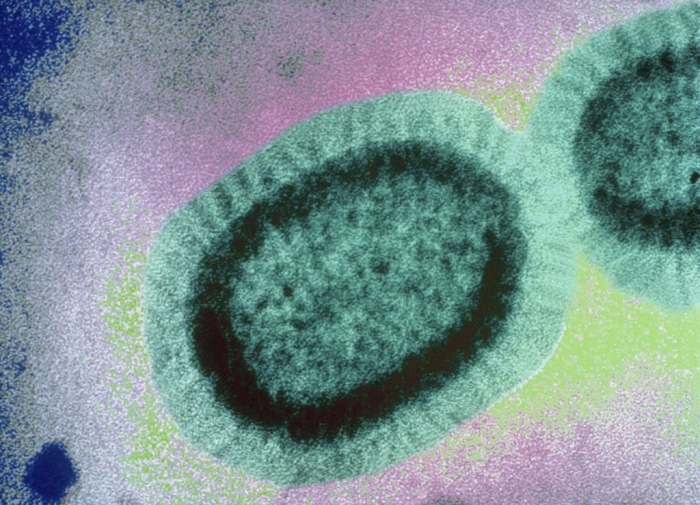 “We are no more in the aerosol camp than the contact camp” conclude the authors. And this seems to be how it is in terms of influenza transmission routes – you’re either in one camp or the other. This 2010 PLoS Computational Biology paper is hardly hot off the press, but it is important and it does, to an extent, put the question of which camp you are in for influenza transmission to bed: you need to pitch your tent in different camps depending on the circumstances.

The key finding is that contact transmission had the highest average basic reproduction number (R0) (1.7) followed by droplet (0.27), respirable (0.05) and inspirable (0.006) particles (Figure). However, that is only part of the story. Of the 10,000 scenarios evaluated, contact only was associated with high transmission in 3,069, all four routes in 342 and none in 4,765. In high host density settings, all routes were more frequently important. Conversely, when self-inoculation was more common (i.e. when simulated individuals touched their simulated nose, eyes and mouths more frequently), contact transmission was more important. 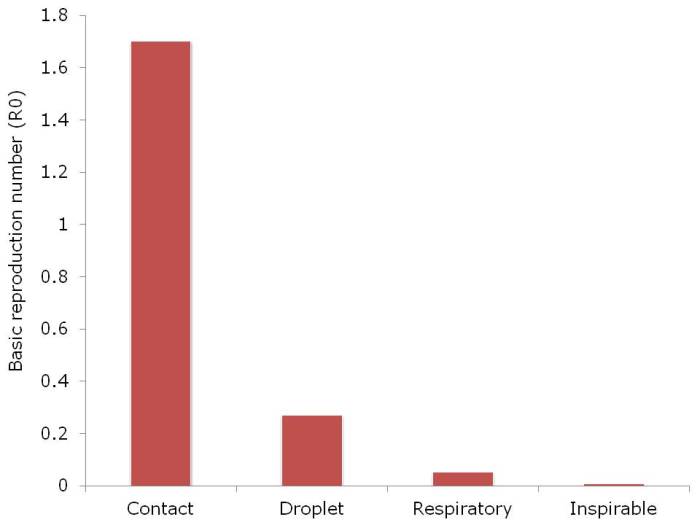 The findings are interesting and probably very important. It’s a shame they were not able to evaluate the relative importance of contact transmission involving contaminated surfaces compared with contact transmission that occurs independent of surface transmission (this has been evaluated elsewhere). Also, I remain suspicious of modeling in general. If simplifying assumptions are too simplistic (which is often the case), the model spits out garbage, which is worse than useless. Put another way, Bertha can produce anything if she’s given the right inputs! Plus, it’s difficult to know how applicable these findings are to other respiratory viruses.

5 thoughts on “Which transmission route is most important for influenza?”