Skip to content
HomeWhat are we doing to improve hospital room cleaning and disinfection?

I gave a webinar last week for 3M (you can download my slides here) on “Your hospital room can make you sick: How improved cleaning and disinfection can help”. I asked the audience what they were doing to improve cleaning and disinfection, and thought I would share the findings. I don’t know the exact size of the audience (but it’s usually a couple of hundred mainly US based IPC folks), and the audience were allowed to choose any answers that applied to them for the second two questions. 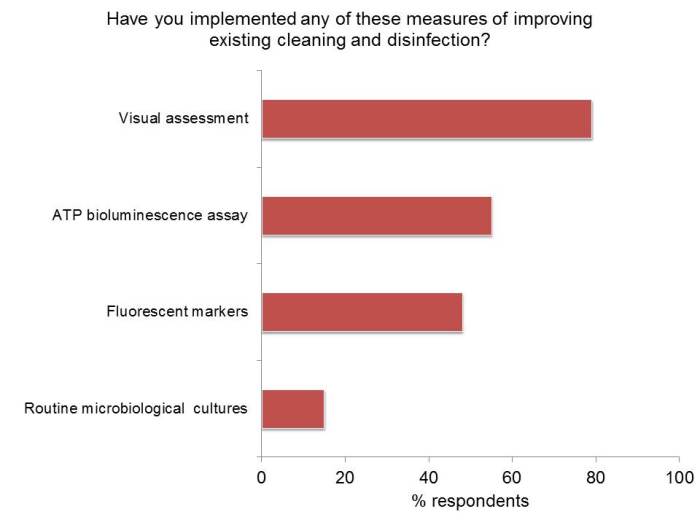 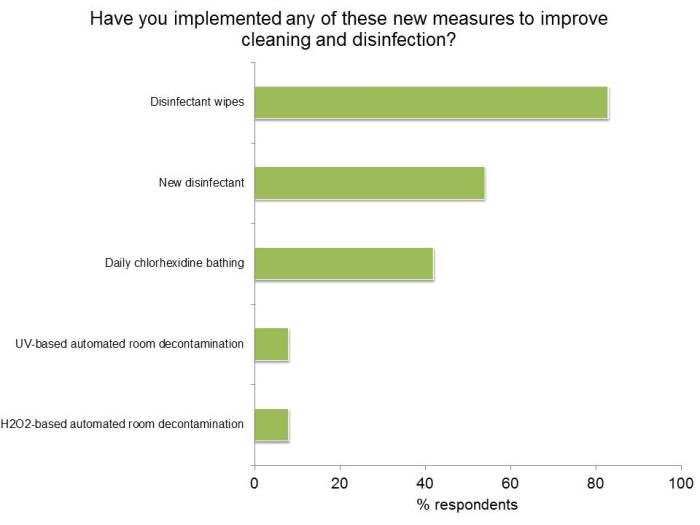 Over 80% of the respondents had some sort of system for visual assessment of cleanliness – but what are the other 20% doing? Surely we need mechanisms in place to ensure that hospital rooms are visibly clean (although it’s important to understand that this may not necessarily correlate with microbiological contamination level). Around half of hospitals were using a measure of cleaning performance (either ATP or fluorescent markers), which seems to be the way forward in providing some objectivity in performance managing the cleaning process. And it was interesting to see that 15% of respondents had gone down the route of routine microbiological cultures. I’d like to do this – I really would – but I am not sure whether there is room for ATP / fluorescent markers and routine microbiological cultures in the same programme (correct me if I’m wrong here please readers!).

Any reflections on this reflection welcome, as always.

4 thoughts on “What are we doing to improve hospital room cleaning and disinfection?”